We use cookies to ensure that we give you the best experience on our website. If you continue to use this site we will assume that you are happy with it.
Privacy PolicyOk 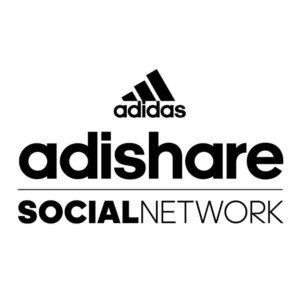 This is a case study of Adidas Israel that launched their internal engagement app using Eloops.

With multiple branches spread statewide, the company saw huge gaps between the “head” of the company and the retail employees. HR needed to find a way to share information throughout the company at different levels but with consistent messaging. The company’s culture, values, and spirit were struggling to be brought to life due to the disconnect between corporate and branch management. 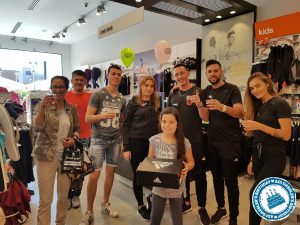 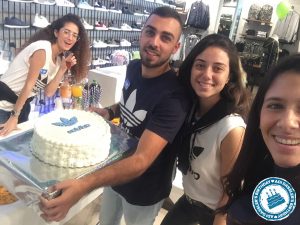 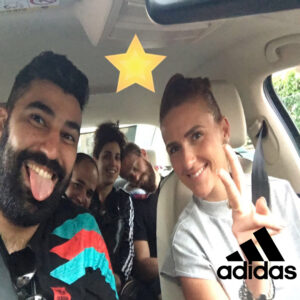 First and foremost, HR needed to find a channel that would allow them to communicate smoothly with all of the company’s employees – something a internal communication network like Eloops made simple. Via this new channel, they could communicate not only important company-wide announcements, but also allow the company to communicate effectively via push notifications from a single application – something that wouldn’t “clog up” and employee’s Whatsapp, Facebook, or email.

In addition to more effective communication, HR quickly saw the cost-effectiveness of this network. Without needing to rely upon time-consuming texting or maintaining expensive email servers, the company saw huge cost-reduction benefits in the use of a custom application with push notifications, in addition to the value of having all of the company’s employees at all levels reachable in such a quick, easily segmented fashion – notwithstanding the major increases in engagement throughout the company.

At an event for its employees, Eloops was crucial to company-wide communication – both for serious announcements and for fun. In the days leading up to the event, HR sponsored a photo contest based on the event’s theme; the employees uploaded photos to the app that were then broadcast at the event over three screens for company-wide voting. During the event itself attendees received push notifications about the contest, including voting updates; a few days later, employees were then sent a survey about the event via the app, providing HR with unprecedented levels of feedback.

The photos uploaded to the app were printed on magnets and distributed, allowing HR to use employee-provided content as an engagement tool throughout the company. 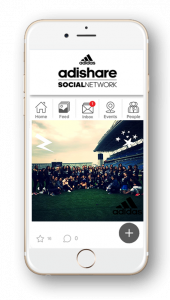 Eloops has become a crucial tool in company-wide education, including onboarding, training, and workshops, with the app providing an interactive tool for distributing company culture and taking part in remote activities.

Using the app, HR was able to share professional content with large groups of people quickly and easily, which was exceptionally effective when used in real-time during company trainings.

During a company conference, HR was able to effectively segment employees and share video content and written materials to the relevant parties; for example, HR sponsored an event for the company’s female employees, who were the only ones able to see the event information and shared content. Sending surveys and receiving feedback became much simpler and quicker, both during and after the event. 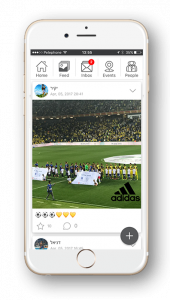 Offering employees discounts and benefits through the shared app is simple. Period.

After receiving football game tickets from a partner, for example, the company sent a questionnaire to employees to enter them into a contest for the tickets, including questions about the teams and how the football game was connected to the company, connecting employees to the company’s culture and relationships. It goes without saying that this was a highly engaging experience for HR and employees.

Overall, the company saw and continues to see huge increases in value in thanks to the Eloops internal engagement app, from bringing employees together to effectively sharing content and, most importantly, making corporate culture more accessible. The app brings quick, pointed results and conclusions, making the value an easy sell to HR, the CEO, and the company’s employees.

The feedback we at Eloops have gotten is overwhelmingly positive, mostly along the line of Who thought of this genius app?!

The app is white-labeled, after all; as far as the employees know, it was made for them, by them.

The engagement statistics are clearly accessible with undeniably impressive results, from the number of employees who use the app within and outside of work hours to actual per-notification activity.

What can we say? There’s a positive shift in the company, and it’s thanks to HR and Eloops. 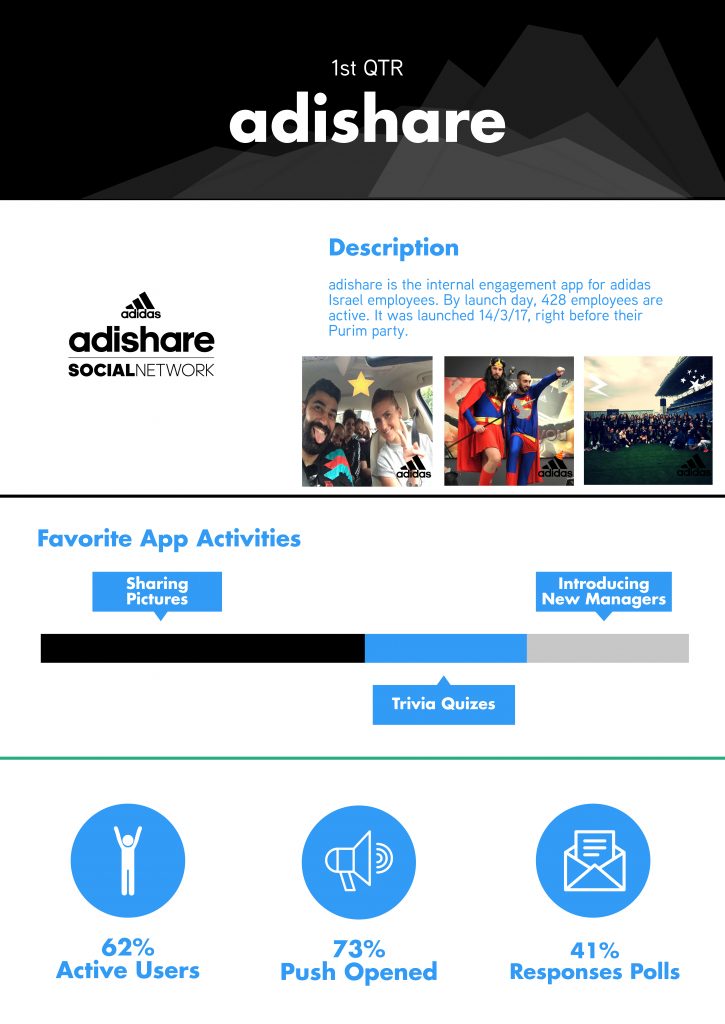 Other posts by Tal Groder

This site uses Akismet to reduce spam. Learn how your comment data is processed.

How to Power-Up Your Employee Engagement Platform ...

Why Your Employee Engagement Platform Needs To ...

Employee experience is a team sport – ...

© Created by Eloops - Get In The Loop!